You are here: Home / About the Author

John Stump was born in 1946 in Welch, West Virginia and was educated at the University of Maryland. He completed his doctoral training at Palmer College in Davenport, Iowa and Post-doctoral at Shannix College in China, and a third doctoral degree in Sports Medicine at the United States Sports Academy. After returning from the 1988 Olympics where he was a team doctor, he settled down on the Gulf Coast in Fairhope, Alabama.

Dr. Stump spent forty years as a Chiropractic Physician specializing in acupuncture and nutrition and wrote several books, including Somatovisceral Aspects of Chiropractic, Energy Medicine East and West, Applied Kinesiology Essentials: The Missing Link and A Stroke of Midnight. The Beacon referred to him as “the poet laureate of natural medicine,” and over the years received many recognitions and awards including those from Japan, India, China and Korea where he taught and studied. One of his favorite authors was Oliver Sacks.

Dr. Stump’s memoir, A Wild and Precious Life was published in 2019. He is retired from active full-time practice and devotes his extra-time to his family, grandchildren, writing, lectures and travel. John is now trying to become a creative non-fiction writer after forty years in the non-fiction genre as a textbook author.

This memoir is based upon his early life and what directed him to become a physician. A second part of the memoir is planned and on the computer being edited but it was suggested he publish the first part now. 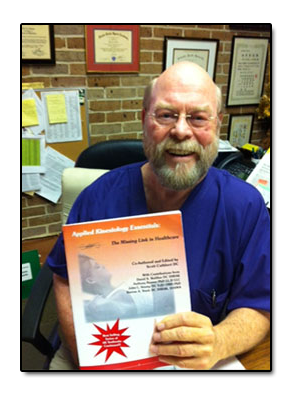